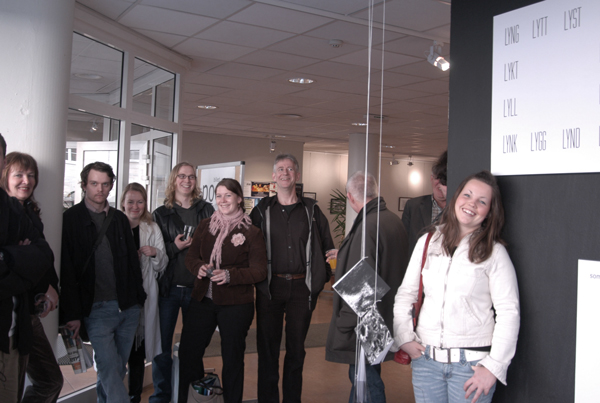 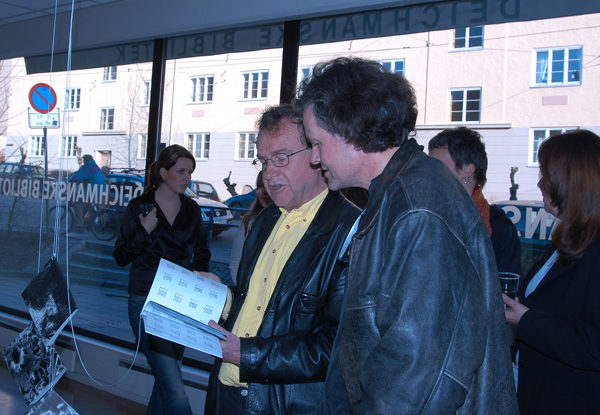 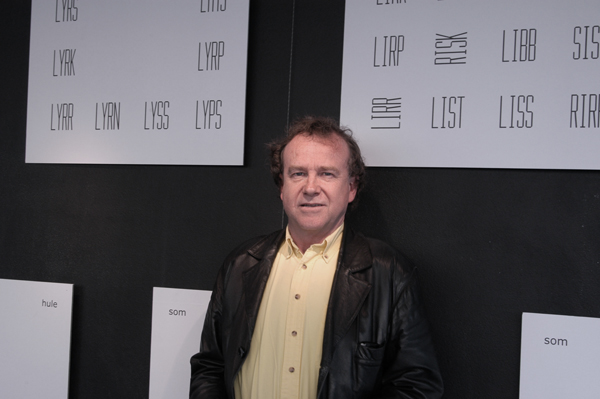 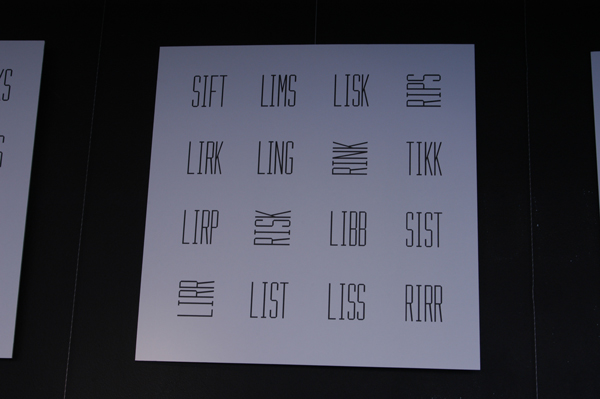 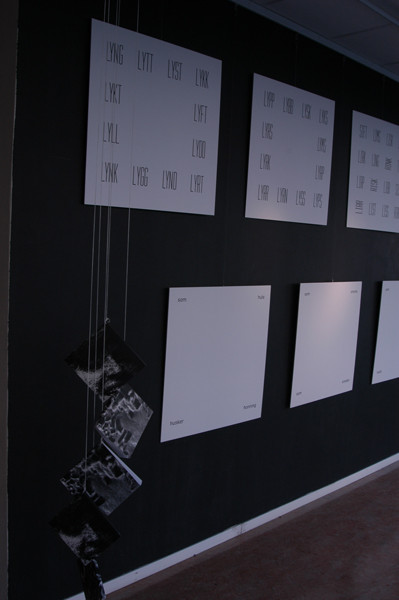 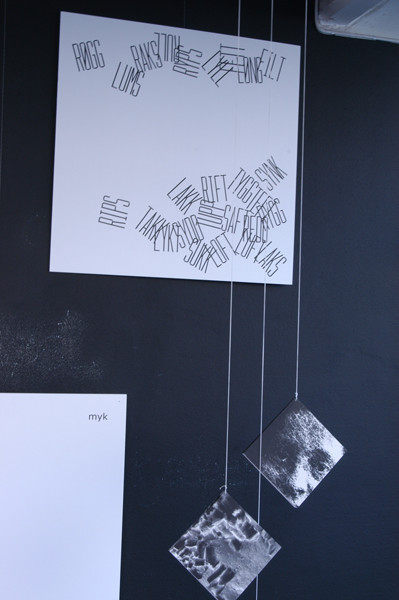 In 2004 I presented a new book in the same way as I did the year before, in another library. The difference was that I mixed pictures from the two books on the walls.

The title of my second book AUDITION FOR FENOMENER UTEN BETEGNELSE may be translated as ‘Audition for Phenomena without a Name’. Like in my first book, het still, the square 18 cm format remained, but this time, the selected font makes four letters constitute a square. I selected the order of the letters based on a system in which the only vocal is the second letter. The chosen first letter was either L, R, S, or T, and the last two were selected to give a fair chance for some semantic words in Norwegian to turn up, and also to create the end-rhyme. For instance, if I wanted to give a priority to the English language, I might have selected “SH” as one of all the possible combinations of two consonants. Each double-page consists of thirty-two combinations. The system continues on the first twenty-four pages and thus generates seven hundred and sixty-eight variations. On the consecutive pages, patterns are created out of these variations.

What turns up in this system may be seen as a challenge for semantic structures. Some combinations appear as words that are known for many of us in different Latin languages. Others are probably not in use in any language. Some may exist in a dialect or have a different meaning in various languages. LYMS, the title of my second work of electronic literature, was created by accident in this system. All letter-combinations in the book are composed in the same structure, some are semantic and some are not (yet).

At the same time, the book resembles a research in the potentials of Latin languages: many combinations of letters are not in use yet, but may be picked out by phenomena that may exist without our knowledge. By our way of thinking here and now, we use language for making categories. In other times and in other places people may think differently, and may need other words. My hope was that the reader would appreciate this way of creating a mixture of seriousness and humour in the construction of new words.