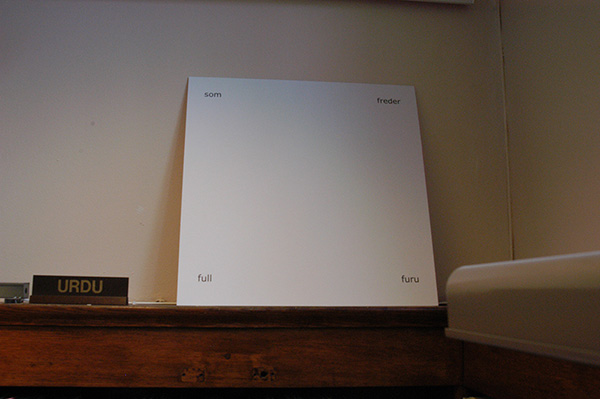 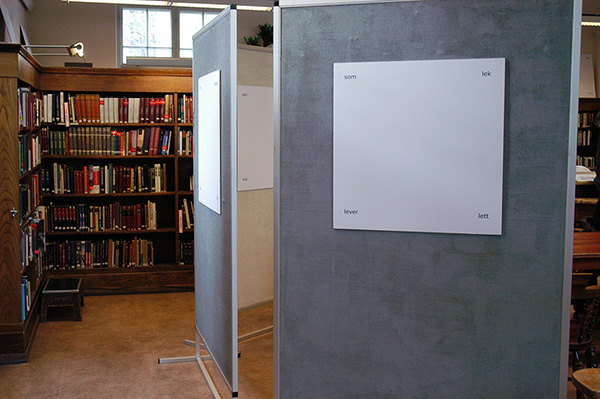 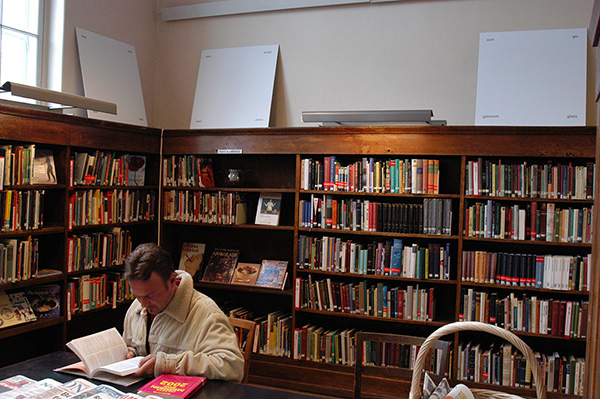 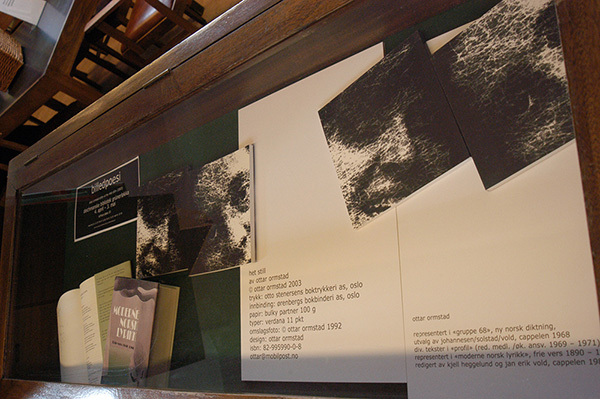 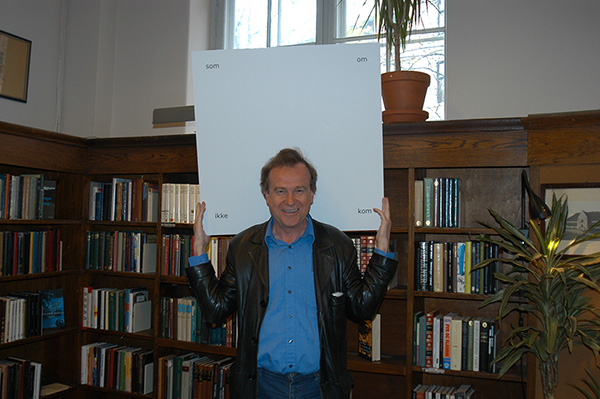 My first exhibition was based on my first book het still (2003), which was presented for the first time in the opening arrangement. The book consists of forty-four poems, each composed of four words in Norwegian. Each word is put in one of the corners on the square page (18x18cm), many of them with a language-sound in common. The position of the words forces readers to “walk” around with ones eyes on the page, but also gives freedom to choose the direction and order of reading. Any route however would not result in a clear sentence. Each poem may be seen as an invitation to play and participate in creating one’s own reading experience. Thus, the book is an example of how a printed text can make the reader interact, a phenomenon that has become usual in many works of electronic literature that are based on advanced technology.

Later, Marko Niemi created and published an animated version of het still for the Finnish web-magazine Nokturno (2007). This means that there has been three different ways of experiencing the work:

The exhibition was created by extending pages to 70×70 cm and mounting them on cardboards. They were spread around in the library, including in the children’s room. Some on top of shelters, some on flexible walls (see photos).

For me the exhibition was a great event, made possible by the enthusiastic librarian Anne Wilhelmsen. Presenting both the new book and the exhibition simultaneously became an enormous inspiration. I was convinced that my project based on my way of creating concrete poetry in the sixties, was the way to go for me.