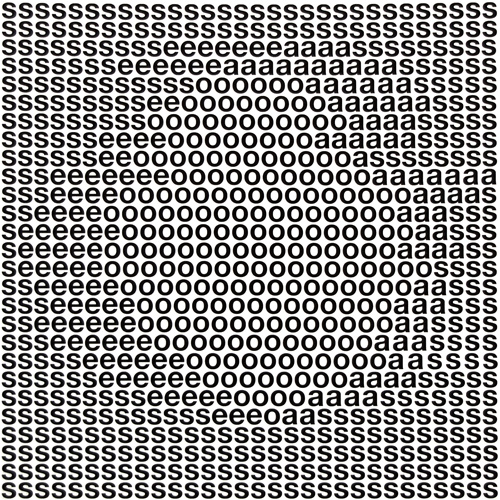 When I first published my books, I usually exhibited a selection of prints from the books in public libraries. Pages were extended to 70 x 70 cm and mounted on cardboards. Later, I decided to buy and work on an Epson 9600 (bought second-hand from Erik Wessel) in my own studio making digital prints on cotton paper as graphic art. I created many pictures solely based on letters, which I call “bokstavtepper” (‘letter-carpets’). In 2007 some of these were presented along with a catalogue, the “bokstavteppekatalogen” (‘letter-carpet catalogue’) in a solo-exhibition at Galleri Briskeby, Oslo. The Canadian poet and visual poetry ubuweb editor Derek Beaulieu has analyzed the project in a blog-post.

The exhibition was opened by Pål Ivar Bergersen and Helge Rykkja. For the occation, Rykkja also read a poem he just had written for the artist. (More about Rykkja in my article in Dichtung Digital 42).

The invention of ‘letter-carpets’ has become a very important part of the way I have exceeded my project into more digital works, specially the videos. This has also made me more free in my expressions because I’m able to make them totally myself, without needing any technical help as I did for instance with ‘telefonkatalogdiktet’.