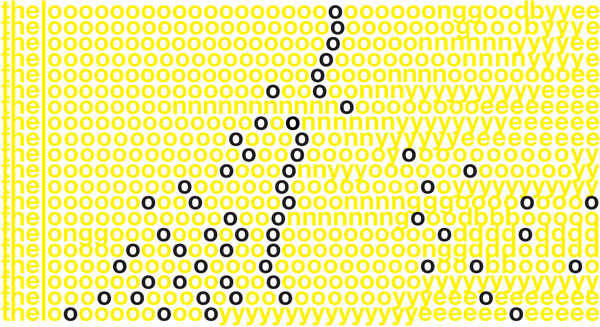 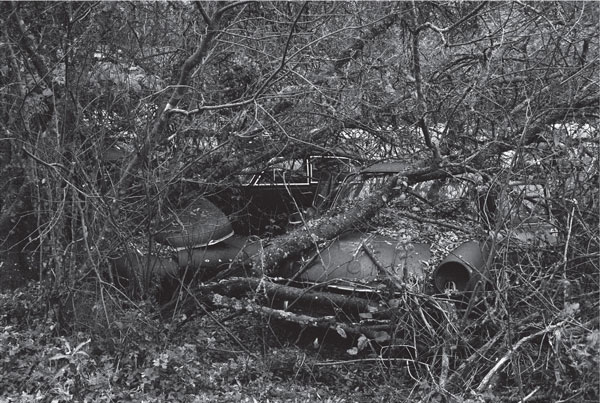 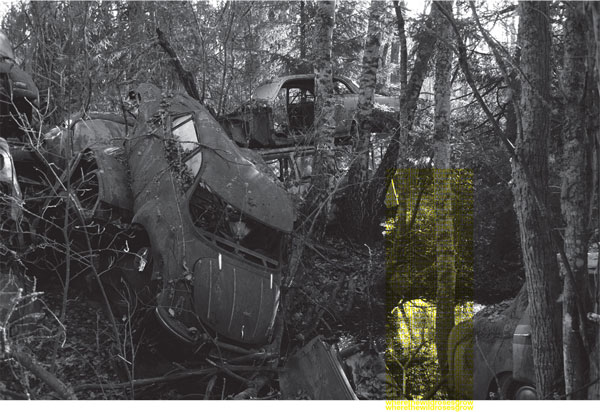 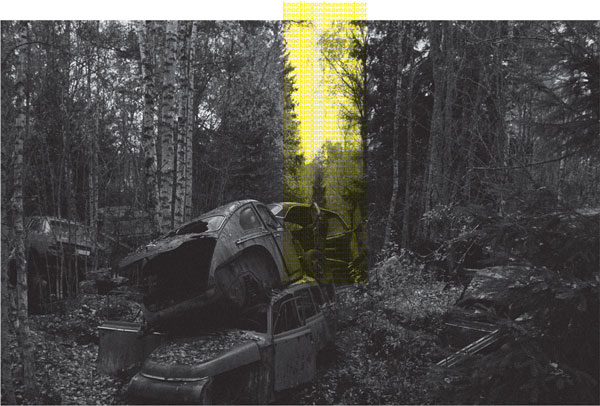 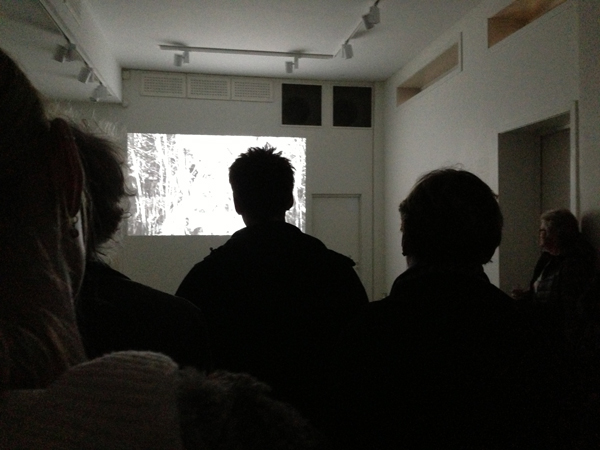 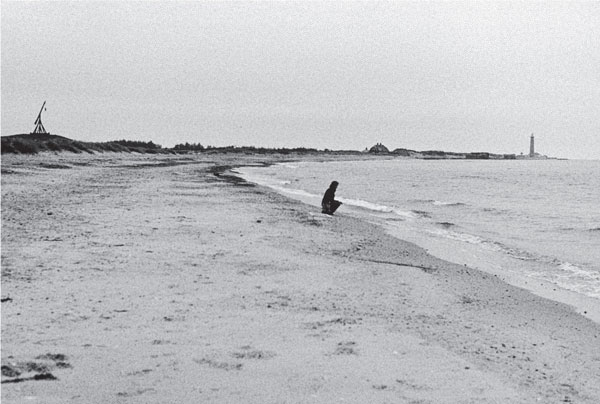 ‘when’ started up as a film, which here is part of the exhibition. In the film I’m transferring my practice as concrete poet to the realm of a programmable networked space, blending my poetry with specially composed modern music and electronic elements. My photographs are presented in combination with words in different languages, most of them presented as ”letter-carpets”. Some sentences are from well-known songs or films, other letter-combinations are invented by me.
The film is telling a story about life and death, basically from the standpoint of cars, rotten in a field in Sweden. The narrative is open, and each viewer may experience the film very differently. It is also dependent upon the viewer’s language background, any translation is – intentionally – not given.

The large-scale digital prints are mostly from the film. Originally they’re exposed on Kodak Tri-X in my Minolta SRT 101 from the sixties. Later they were scanned by the very helpful photographer Erlend Sæteren, and printed by me on my Epson 9600. Additionally I also printed some texts in yellow, mostly taken from song-titles, some of them as ‘letter-carpets’.

In the catalogue of the exhibition were also some of the carpets from the film printed as ‘bonus-tracks’.

The exhibition was opened by Pål Ivar Bergersen and Patricia Tomaszek. She’s a PhD-student at the University of Bergen, who has worked for several years with electronic literature.

when/the exhibition
all pictures exposed on kodak (tri-x or tmy) film by ormstad using a minolta srt 101 camera and scanned from the film, except ’portishead’ and ’sunny afternoon’, who are developed in the darkroom by ormstad and later scanned.
font: helvetica bold 75.
the yellow y’s are produced on plexiglas h01 by plastkomponenter, fredrikstad.
all prints are made on arches digital 300g cotton paper, printed by ormstad on his epson 9600.